As documented in the previous post, I built out the application skeleton which came with an auto-generated sample Solidity smart contract.

A smart contract is a self-executing protocol with the terms of the agreement between two parties (e.g. buyer and seller) being directly written into lines of code. The code and the agreements contained therein exist across a distributed, decentralized blockchain network.

With that in place, the next item on the docket would be to create Final Static’s smart contract.

In the /contracts/ folder, there’s already a sample smart contract code file with a .sol extension. To set up our own smart contract, I created a new file named FinalStatic.sol in the same folder.

Here’s the entirety of the file thus far:

This contract inherits from the ERC721 standard implemented by OpenZepplin.

OpenZeppelin is an open-source platform for building secure dapps. The framework provides the required tools to create and automate Web3 applications.

Next, I was hoping to test out the core functionality of the smart contract code and environment, including:

To create the test locally, I replaced the sample code in test/sample-test.js with:

To start the test, I ran this command on Terminal:

Here’s the result I got: 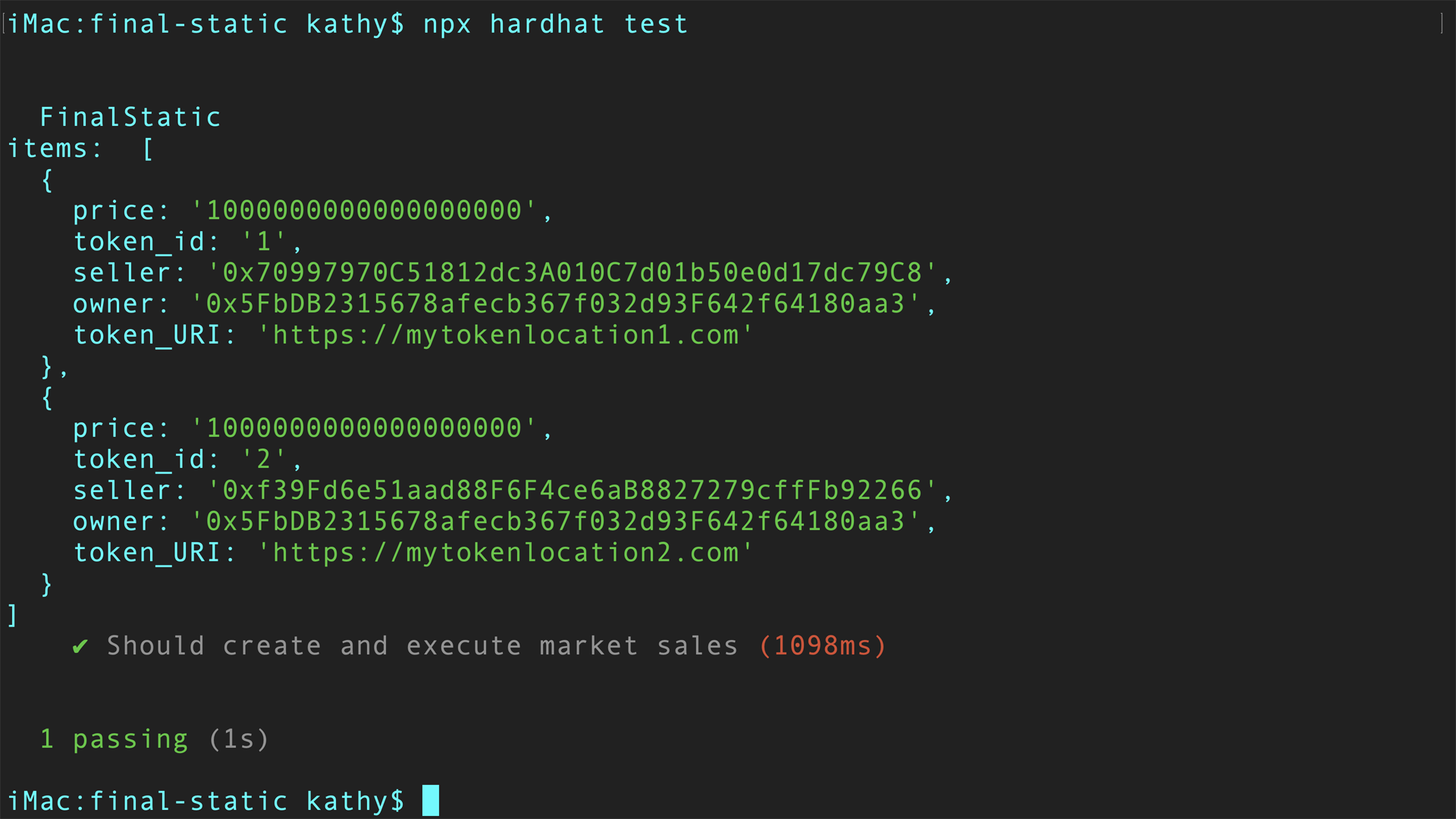 From the log, we can see an array which contains the two marketplace placeholder items — indicating a successful test.

That’s great progress with the backbone so far.

Let’s jump over to the client side in the next post, where I will start building out the front end.